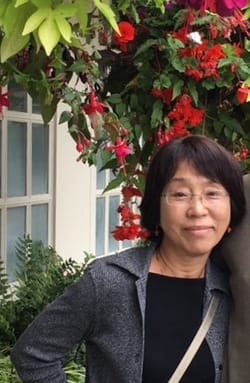 Naomi Schneider lives and works in the Seattle area as an artist and woodcarver exploring and using traditional Japanese woodcarving methods as well as teaching others woodcarving skills.

Naomi started woodcarving in 1982, beginning as a student in private classes in Japan. As her skill increased, she began teaching woodcarving in 1994. Woodcarving has been a continuous part of her life both as a student and a teacher. Naomi has used a variety of woods and carving techniques including Kibori.

Kibori is an inscribed picture on wood, sometimes painted and other times in natural wood tones. The most well-known Kibori originated in Kamakura, Japan. It is often done with a tortoiseshell pattern. Themes vary from natural subjects to manmade objects.

Naomi has been displaying her works since 2006 at the “Japanese Cherry Blossom Festival” held every year in Seattle and also at local art festivals. She teaches regular classes at the Japanese Society in Seattle.